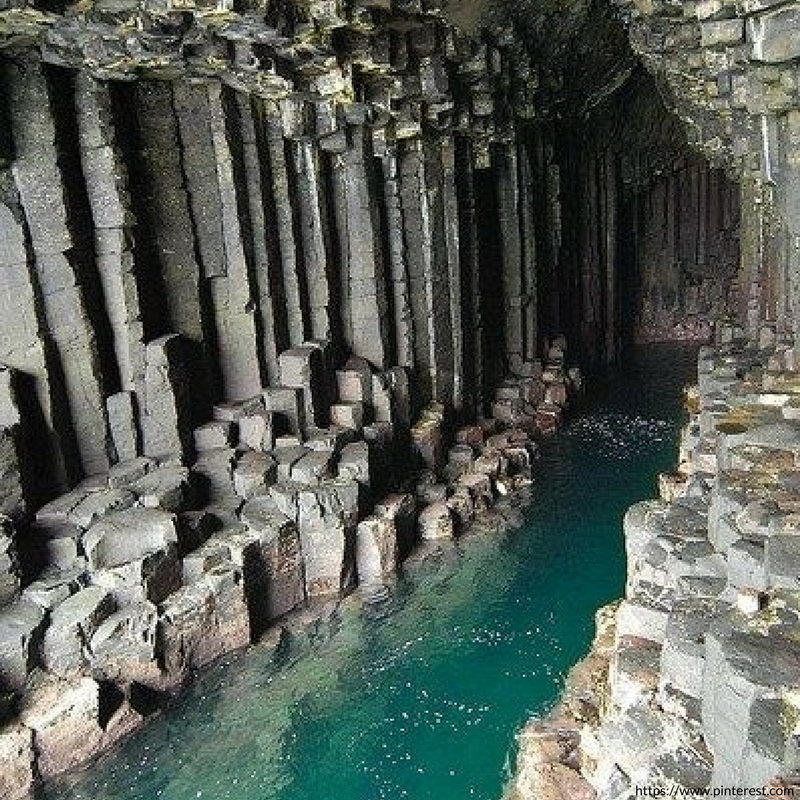 You may have read Part 1 of this Series. Here is Part 2 with the Top 5 of the Top 10 Coolest Looking Caves You’ve Ever Seen!

Calming music, cozy lights, salt crystals underfoot and on the walls, ionized salt enriching the air combined are the soothing elements offered in the therapy at Saltana Cave. The beneficial effects of breathing the air in salt mines is believed to be of one of best therapeutic value to people with asthma, allergies, TB and other respiratory conditions. People travel long distances to spend only short time inside salt mines.

The sodium chloride of the salt crystals contains traces of other mineral and elements. Saltana’s salt cave is filled with Himalayan salt rocks. People visiting the cave are asked to wear white socks and remove their shoes upon entering. The floor is covered in white rock salt, it’s like walking on the beach.

Though a small country, Iceland sure has its fair share of an enduring natural wonder. Head southeast to Skaftafell, a preservation area that has been incorporated into Vatnajokull National Park, largely for its jaw-dropping glacial contents, highlighted by the Crystal cave of Svmnafellsjvkull.

Created by the exceptional forces of the Vatnajvkull ice cap, the Crystal cave emerged as a result of its glacier meeting the Icelandic coastline. The cave’s ice dates back centuries, and its weight has pressed out all remnant air, so the resultant formation’s texture and colors are both brilliant and ethereal.

Best time to go to the Crystal cave of Skaftafell is October to May for ice climbing and winter activities. May to mid-September for rock climbing and summer trekking. The ideal time to rock climb in the Vatnajokull National Park is mid-July.

One of the most spectacular sea caves in the world, the Fingal’s Cave. It has a height of about 22 m (72.18 ft.) and a depth of about 82 m (269.03 ft.). Speculated that Fingal’s Cave was over 50 million years ago. The cave was created due to lava flow, as the island of Staffa is located in an area of volcanic activity. It is made up of three layers – the base consists of a layer of tuff, while the top is composed of a layer of basaltic lava lacking a crystalline structure. Between these two layers are interlocking thousands of colonnades of black fine-grained Tertiary basalt.

The origin of the name ‘Fingal’s Cave’ is wrapped in myth. Around 250 AD Finn MacCumhaill, or Fingal, was possibly an Irish general who had a band of faithful warriors – a Celtic parallel to King Arthur and his round table. Fingal is supposed to have been the father of Ossian, traditional bard of the Gaels. Gaels migrated into Scotland from Ireland until the Norsemen began their raids on the Scottish coast, and the stories of Fingal would doubtless have come across too. Soon he became revered in Scotland and, boosted by the Ossianic heroic verse and songs, his name was a natural choice to assign to this dramatic and awe inspiring cavern.

The natural world is blessed with such majestics and mysterious objects, but few of them can rival the truly giant crystals resting nearly a thousand feet beneath the ground in Naica, Mexico. It goes around 300 meters below the surface. The main chamber contains the largest selenite crystals ever found, some of them reaching 11 meters in length, 4 meters in diameter and about 55 tons in weight.

Millions years ago, volcanic activity filled the mountain with anhydrite – a waterless form of gypsum. As magma eventually cooled, the anhydrite began dissolving, enriching cave waters and allowing gigantic crystals to form. Amazingly enough, the size of the crystals has no limit and given enough time will grow to even larger proportions.

Though the journey may be long and risky, anyone who has traveled deep into the Earth to catch a glimpse of “Cueva de los Cristales,” or “The Cave of Crystals,” will tell that it is worth the trek and get ready to be left awed by the stunning sight.

Discover New Zealand’s original, iconic natural attraction, The Waitomo Glowworm caves. The Glowworm, “Arachnocampa luminosa,” is exclusive in New Zealand. Thousands of these tiny creatures radiate their distinct luminescent light . As sailing by the boat, entering the galaxy of tiny living lights, there is an immediate experience of serene ambience. Be fascinated and intrigued by tiny glowworms that light the way. Some tour guides will provide historical and geological significance about the cave.

More than 30 million years ago, the legend of Waitomo began with the creation of limestone at the bottom of the ocean. Now these limestone formations stand as one of New Zealand’s most inspiring natural wonders and a must-see destination.

Now you have officially seen the Top 5 of the Top 10 Coolest Looking Caves You’ve Ever Seen!

10 of the Coolest Looking Caves You’ve Ever Seen