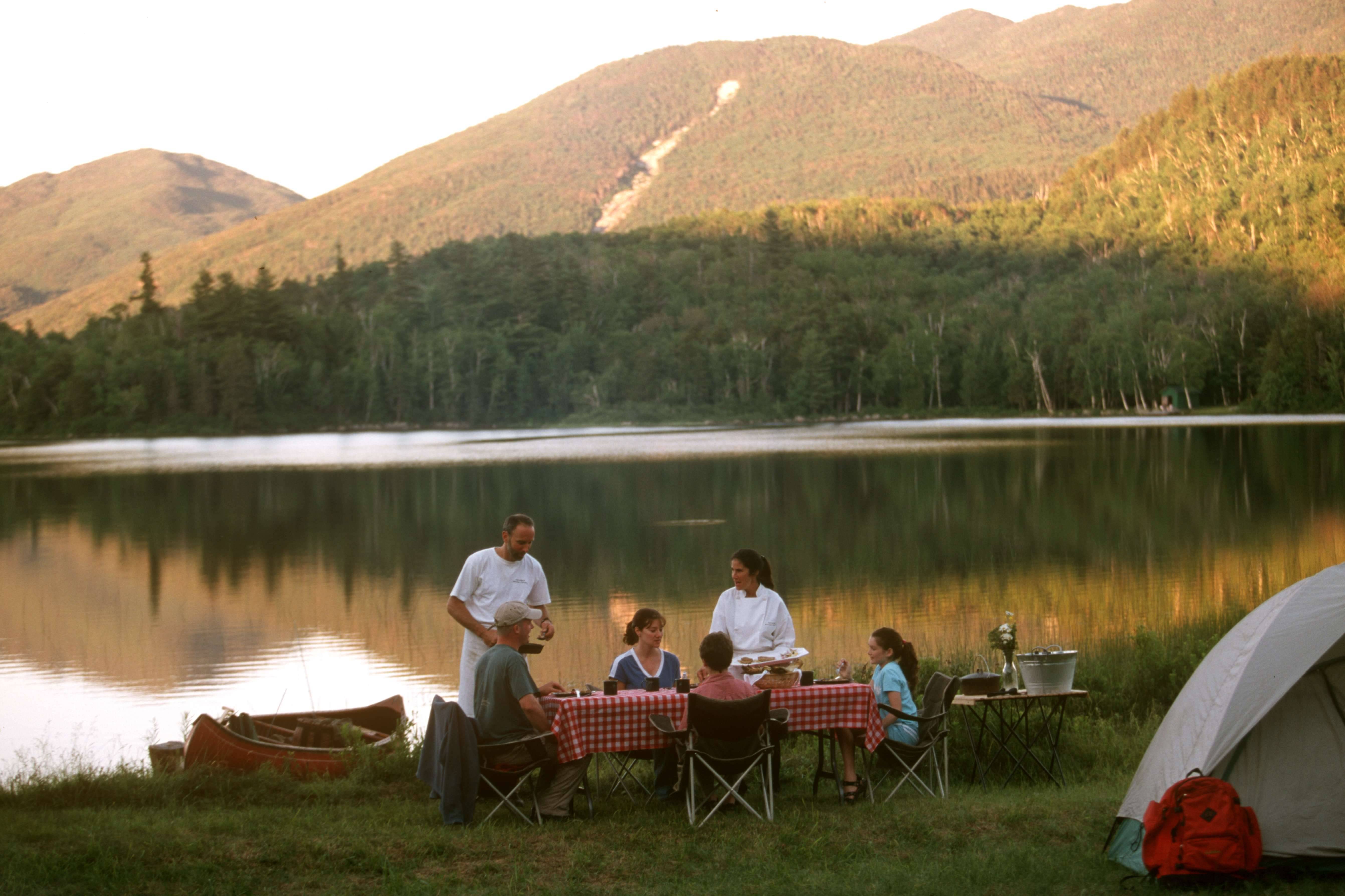 Camping calls for different solitudes, fun and site seeing of natural beauties. Here are the top 10 camping locations that may help you to choose a right place for you and your family.

Operated by Pinellas County, Fort De Soto Park is situated just on the outskirts of St. Petersburg, Florida. The park is composed of five islands or keys namely St. Jean key, Bonne Fortune key, Madelaine Key, Mullet key and St. Christopher Key. North beach and South beach having pools are the major attractions for tourists. The park is open throughout the year.

Lake McConaughy is largest reservoir and biggest lake in a region of four states. Lake Mac offers activities including fishing, camping, boating and natural white sand beaches with all kind of recreational funs. Martin Bay Campground is the most crowd-pleasing area near the lake. Water skiers, anglers, sailing enthusiasts and boaters are mostly attracted to the place.

Dry Tortugas Park is situated at a distance of 113km west of Key West. There are around seven small islands in a 100 mile square, which are mostly open water. Accessible with the help of seaplane or boat, Park is known worldwide for its blue waters, marine life and magnificent coral reefs. A very frequently found vast bird’s assortment is key attraction thing in the area.

Mount Desert Island has an established culture, flourishing economy and a rich history. Locally known as MDI, it holds a record of 3rd largest island in eastern seaboard and 6th largest in Contiguous United States. MDI is famous for its blueberries pancakes, never ending hiking trails and swimming pools. And the most fascinating is its lobster feast in the beach side restaurant in the night time.

5) The Isle of Arran, Scotland

Renowned for its seascapes and landscapes, the Isle of Arran is the most southerly island in Scotland. Isle is 10 miles wide and 19 miles long. To the North are mountainous interiors and in the South are greenly rolling hills with pretty villages along the coastline. These mountains are also known as “Geologist’s Paradise”.

Wyalusing Hardwood Forest is based at the ridge and along the steep sides of Mississippi and Wisconsin rivers. A classical concept of vegetation continuum by John Curtis’ is center of attraction for four of the major southern forests.

It is found where 821 Highway comes in parallel with Yakima River for around 27 miles. Plant communities and rich wildlife scenes along with past history scenarios are the places of attraction at this spot.

Located at a height of 11,500 ft. above the sea level Ladakh is the perfect place to avoid oppressive heats of plains. The Pangong Lake is 83 miles long and extends from Tibet to India. It is famous as it is the very first inter boundary wetland in South of Asia. Despite of being having saline water the Lake freezes completely in winters.

Knob Noster State Park situated at 10 minutes’ drive from southwest of Knob Noster offers tranquility and adventure at one place. People are interested in going for view of the park at horseback, mountain ride on a bike and finally a catchy night dinner along the line, once they visit the park.

Locals refer Folly Beach as “Edge of America” where you can find painted sunsets and sunrises, expansive beaches, good food along with rich history. This place is a labor of love and people are believed to be fortunate to have seen it.