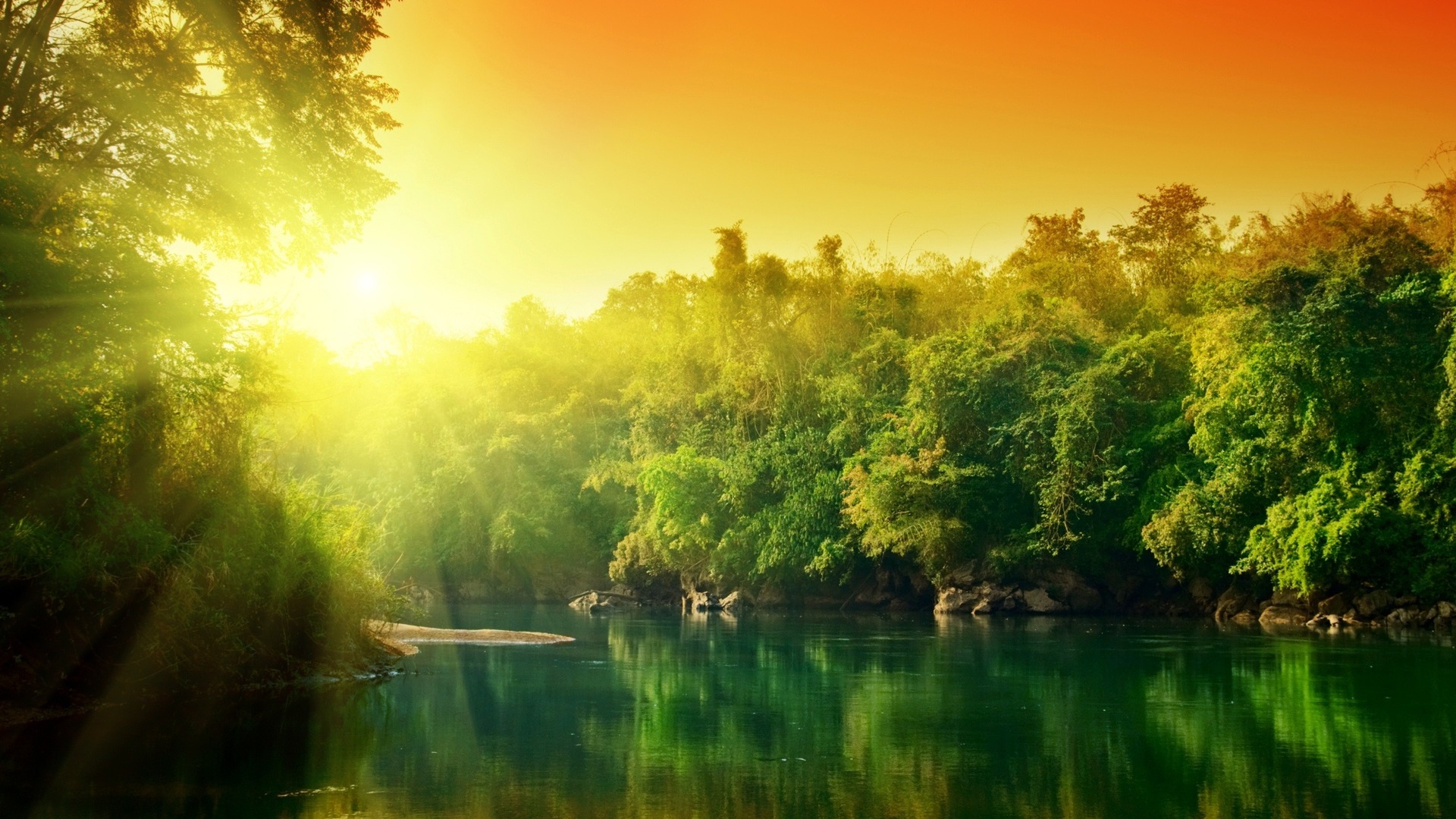 Plitvice lake National Park is a system of 16 interlinked lakes and forest area, which is nature’s gift to the mankind.

It is one of the most well endowed natural features in the world. It is also on UNESCO World Heritage List.

9) The Great Pyramid of Giza

The Great Pyramid of Giza is one of the ancient wonders of the world and last to exist. The manner of construction of pyramid is still an enigma.

The pyramid is spectacular not only in looks but also its ability to withstand the rigors of time.

Victoria falls is enthralling, awe inspiring and brings you in a Zen like meditative state in seconds .It is one of the most unusual waterfall in the world and is also the only waterfall with more than one kilometer width.

The Great Wall of China is an epitome of hard work and indication of man’s willpower. This long wall is visible from the moon.

The creativity in designing and construction of this wall is evident from the fact that it amalgamates in its surrounding as though it was always meant to be. In case you are going to visit the Great Wall then you might consider some more China tours as well.

Bora Bora are the most breathtaking romantic islands. The blue water, lush vegetation and white sand beach have been inviting couples across the globe.

Mount Everest is the tallest mountain in the world that has been challenging climbers from all across the world. Climbing this mountain is the summit of one’s physical potential.

Coral islands are yet amazing islands with deep blue sea and amazing marine life. The white sand beaches adds on  to its glamour.

Atacama Desert is the driest dessert .It has a good combination of natural attributes along with traditional villages. One can indulge in a number of adventure activities that further adds to the charm of this place.

Sahara Desert  is the third largest and hottest dessert of the world. Nile valley is the only green area in this gigantic desert. One cannot resist but marvel at the dynamics of geography that converted a wet place into a massive desert today.

Taj Mahal is one of the wonders of the world and is listed in UNESCO World Heritage List. It is a good specimen of Mughal architecture and was constructed in white marble. The place symbolizes eternal love and is thronged by tourists throughout the year.

Go Back to Part 1 HERE