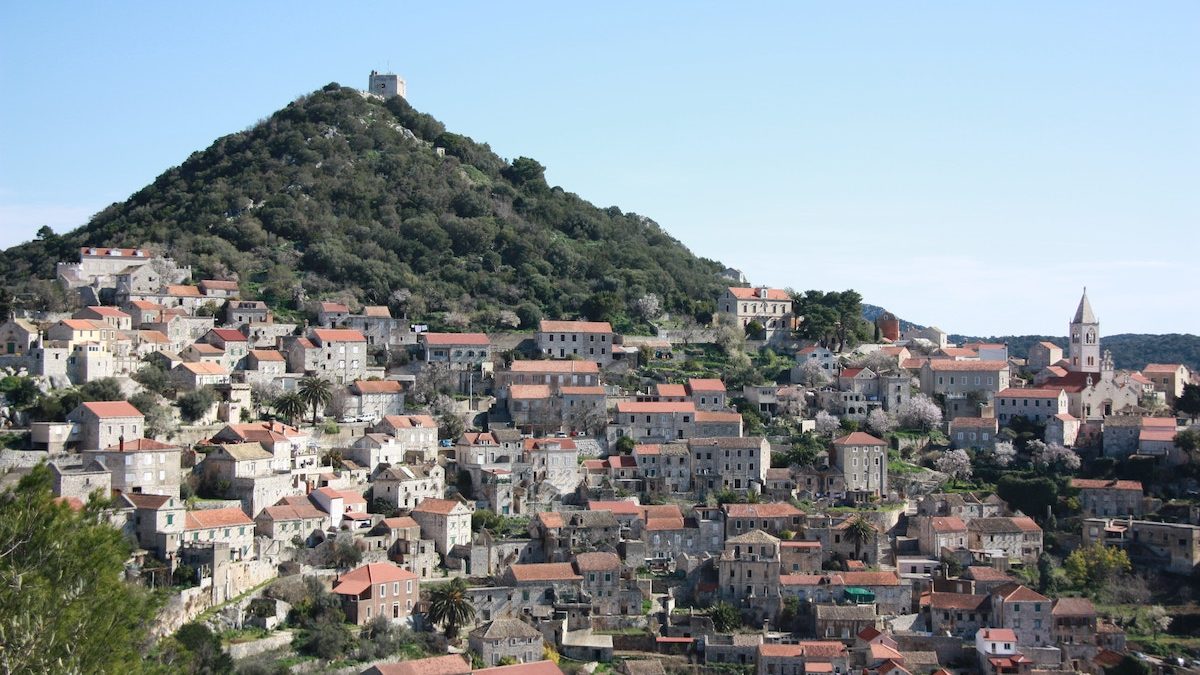 For every traveler, it is important to find a peaceful place to recharge energy and take the best out of still untouched Nature and beauty of the world.

When we have explored cities, cultures, parties and everything that is new to our personal view, the next step would be to travel towards something inspirational that is far away from the city lights.

Islands of Lastovo, Vis, Pelješac Cres, and Silba are Croatian resorts with a Mediterranean climate, fresh, sea air, food and wine that are known only to islanders.

Embrace yourself for a small “Robinson Crusoe adventure“.

Island and Nature Park Lastovo is situated at the south part of Croatian Adriatic Sea. There are many medieval villages, and the biggest of them is the small town also called Lastovo with stone houses, stairs and balconies full of flowers and scented bushes. Town Lastovo is in the center of the island. Many isolated, private lagoons offer peace of mind with natural sounds of waves, birds, and wind. There are only around 800 people living on the island throughout the year. They are engaged in winemaking, fishing, tourism, olive oil producing and sheep and goat breeding. Famous tastes are all sorts of fish, sweet pastry and of course lamb and goat meals from open stoves.

There is ferry transport to Lastovo from cities Split and Dubrovnik.

In the old days, before Christ, the island of Vis was a part of Greece, called Issa colony. It is situated on the far south of Croatia. Virgin nature, caves, lagoons, and two small volcanic islands called Jabuka and Brusnik make the perfect scene for relaxing, without noise and traffic rush holiday, enjoying sunny days, surrounded with Greek and Roman ruins.

There are about 4.5 thousand people living in many communities around the island. The biggest one is the town called Vis. Its well-known cuisines are smoked fish, bread with vegetables and olive oil, grilled tomatoes, and gourds. Traveling to Vis include the ferry from Split.

The Pelješac is in fact peninsula situated at the south of Croatia and municipality Dalmatia. With around 8 000 inhabitants and small towns Ston, Orebić, Trpanj, and Janjina, Pelješac is wild beauty all around, with also wild animals like boars and rabbits. Green and black olives with wine, seafood, almonds, figs, scented herbs with lamb and beef, with long walks, make a perfect landscape of resting, along crossing paths with only an open sea view.

It is sunny with long hours of the day so there is no way of not finding oneꞌs inner peace.

It is a comforting thought that in the 21st century we can find places with all modern commodities (internet, restaurants, hotels, wineries, airports) but still timeless, slowly making the difference between then and now.

The largest Croatian island (the same as the island Krk nearby) has a saying: no stress on Cres. And that is quite correct. You can be alone, but not lonely. Mild Northern Adriatic sea climate, open spaces, clear skies and plenty of refreshing drinking water along with locally grown food and drink (lamb, vegetables, fruits, honey, herbs, sheep cheese, wine) make you feel welcomed and safe.

Cres is rarely populated, the main center is town also called Cres with a population of 3 000. There are many small villages across the island, some with 10, some with around 100 people living there without migration.

At the north side, there is forest Tramuntana known for magical stories about other, invisible world existing all over, with funny but spiritual dwarfs called macmalići.

It is a haven for many: people (there are camps for women where they can learn how to get in touch with their strength and self-confidence), birds (griffon vultures, eagles), dolphins.

Watching stars is another peaceful activity for a memorable trip.

All those islands have tourism as the main business. There are ferries from Rijeka, Brestova and island Krk (Krk is connected by bridge to the mainland) to Cres.

Silba is in many ways a dream island. The only all year populated village is also called Silba with around 300 souls.

Island is situated at the north of Dalmatia and belongs to Zadar county. Small taverns, transparent sea, sand beaches, and no cars allowed policy to give full meaning to Silbaꞌs alias island of love.

It is a small and private island, where you can be reduced to your thoughts and see what is like to recreate the past.

Sanja Šimić is passionate about sociology and history. She writes poetry, historical articles and teaches at Gymnasium Nova Gradiška, Croatia.

Lovran, Croatia﻿: Place where tourists can be at home
Sail Away Around the World’s Best Sailing Zone: Yacht Charter Croatia