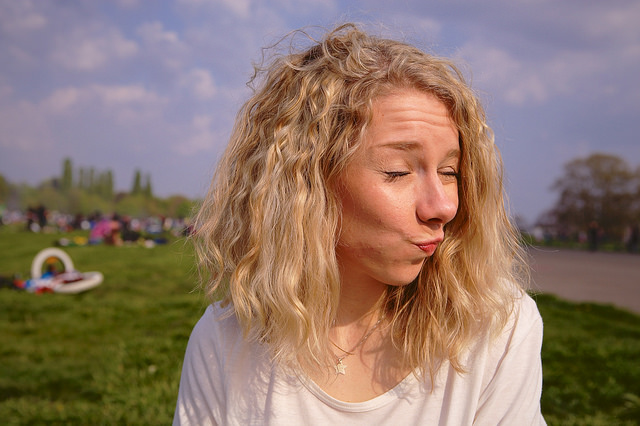 While it may well be too soon to talk, Berlin (and much of Europe for that matter) seems to have managed to escape the notoriously dismal winter relatively unscathed. In fact, those first few rays of sun have already got us dreaming of the coming spring months. Here’s a round-up of some essential activities to help you make the most of Berlin’s idyllic sunny days…

Whether you’re looking for some fresh organic produce from one of the more traditional farmers’ markets or you just want to peruse the stalls of one the city’s many flea markets, it’s safe to say you’ll find just the market you’re after in almost every corner of Berlin.

Mauerpark is probably the city’s most famous fleamarket, drawing in tourists and locals alike with its vintage goods and tasty food stalls. On a sunny day, the steps of its amphitheatre are packed with thousands of spectators eager for another buzzing afternoon karaoke session. The bi-weekly Turkish Market along the Maybachufer canal is another bustling affair, loaded with everything from greek olives to woven fabrics, while the Nowkoelln Flowmarkt is the epitome of Berlin’s trendy fleamarket culture – a great spot for vintage finds and nice live music.

There are few better ways to see in a warm summer evening than sitting back and enjoying a film al fresco. There are a number of open air cinemas scattered about the city’s thousands of parks and gardens (over 2,500 in fact!) showcasing a real spectrum of films, from the latest blockbusters to longstanding classics.

The Freiluftkino Kreuzberg, screening all films in their original version, and the film theatre set in the Volkspark Friedrichshain are always favourites. Pack a blanket and some beers, and you’re guaranteed a cosy movie night under the stars.

The moment the sun breaks free from its wintry shackles, Berliners flock to the grounds of the once functioning airport to make full use of its vast open space.

Reclaimed a couple of years back, the prime elements of the 386-hectare site have made it a real hub of activity for anyone looking to skate/cycle/jog their way around its runway, nurture some veg in the urban gardening allotments or picnic among the grassy expanse. Located just minutes from Berlin’s urban centre, Tempelhof is an incredible sight.

With its ample bike lanes and flat terrain, Berlin is a pedaller’s paradise. All the more so in the summer months, when the entire community, young and old, embraces the cycling culture. Bike tours are a great way to get to know the city, winding their way around major sites while allowing you to see all those side-streets that are so easily missed when merely hopping from station to station on the metro. Alternatively, just hire out some wheels and do your own exploring – there’s a bike shop on every other street.

Despite its location in the heart of continental Europe, Berlin is dotted by lakes and lined by criss-crossing rivers and canals. On a typical Sunday the waterfronts are lined with clusters of people relaxing on the boat decks and soaking up the sun after an exhaustive brunch.

Kreuzberg’s Admiralbrücke is a popular gathering spot among locals, while the 105-foot Badeschiff swimming pool which floats in the River Spree – accompanied by a little man-made beach kitted out with hammocks and deck chairs – is a great way to beat the heat.

About the author: Originally from the UK, Susannah Taplin moved to Berlin last summer where she currently writes for GoEuro. She enjoys nothing better than a late-day al fresco brunch followed by a stroll along the canal. Ideal!

Originally from the UK she is currently living in Berlin where she is part of the GoEuro team. She is a big fan of slow breakfasts, cosy cinemas and old bikes.

Popular Festivals in Singapore
6 Of The Best European Skiing Destinations