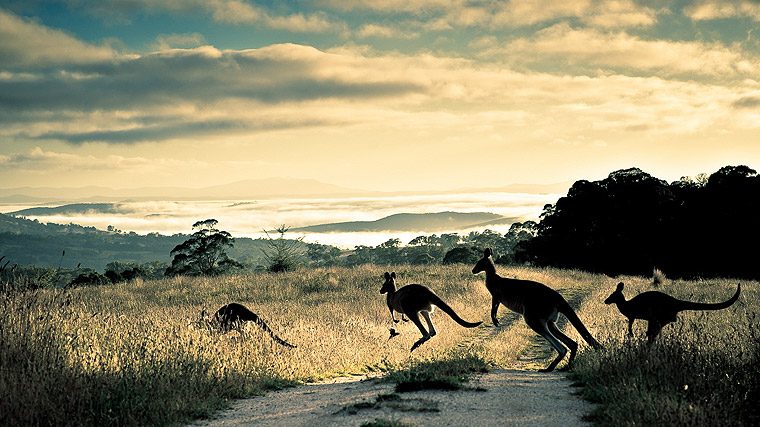 Victoria, Australia is a great state to visit as there’s so much to see and do and the landscape can be quite diverse. Along with the capital city of Melbourne, there are also some other really call small cities and towns to visit in this great state. In this post we’ll take a quick look at just some of those towns.

Mildura is a regional city situated right on the New South Wales and Victorian border. It’s also nestled on the bank’s of Australia’s biggest river, the Murray. It’s a popular spot with tourists from everywhere, and one of the biggest tourist attractions in Mildura are the paddle steamers and houseboats.

The region is famous for its fruits and fruit juices, a favourite among many Australians. The city also boasts plenty of shops, pubs and some really good wineries if you fancy some local wine tasting. In fact, many wineries from across the country source their grapes from Mildura vineyards.

Not too far from the city is the picturesque Murray Sunset National Park, most famous for its pink salt lakes. And then there are the Perry Sandhills. Exploring this area will make you feel like you’re on another planet.

Ballarat is located in countryside Victoria in the Central Highlands, and located about 115km west of Melbourne.

Because of its history.

In 1851 gold was discovered in the region and this led to the biggest gold rush in Australian history. Ballarat is also home to the infamous Eureka Rebellion, which many claim led to democracy in the country.

You can take fossicking and prospecting tours in the region and hunt for gold yourself. While the rush was over a long time ago, there is still gold to be found.

Ballarat is also chock rich full of historical buildings and should be one of the places you plan to visit on a tour of Victoria.

Victoria’s capital city is one of the most happening places in Australia. Anything and everything happens in Melbourne, and that’s why it’s such a popular tourist destination for Aussies and overseas visitors alike.

If you enjoy food, coffee, bars, shopping and entertainment, then Melbourne is the number one city to visit. It’s also well known for hosting many of the country’s best festivals, such as music festivals, film festivals, comedy festivals, art festivals, food and wine festivals. The list goes on.

On a world scale, the most famous event that takes place in Melbourne on the first Tuesday in November each year is the annual running of the Melbourne Cup horse race. 24 Melbourne Cup horses, the best of the best, do battle for ultimate Cup glory, and the entire country comes to a standstill to watch the race.

Melbourne has everything a visitor to a city could hope for.

Belgrave is a country town in Victoria that many visitors overlook as a place to visit, but you should visit this quaint and beautiful part of the world at least once.

Located in the stunning Yarra Ranges and just 40km outside of Melbourne, Belgrave is known for its lush forests and the old steam train that runs through the hills. The Puffing Billy steam train is open to tourists, so take a ride and step back in time as you absorb the stunning surroundings.

If you fancy some exercise while you take in the sights, then there are loads of awesome hiking trails to explore.

And while you’re in the area, the nearby Yarra Valley has some of the best wine tasting opportunities in the world.

Sounds like an interesting place, with a name like that. While there are no mythical, magical fairies to be seen in the town, it does make for the perfect escape.

Port Fairy is a sleepy little fishing village filled with 19th century cottages. Most of the town overlooks the bay, where fishing boats and other vessels are moored or out on the water.

It’s a great place to simply unwind on the waterfront. Take in the sights such as the iconic lighthouse, do some whale watching or check out the local art.

Port Fairy is the town to visit if you just want to chill out.

Continue Reading
Advertisement
You may also like...
Related Topics:Melbourne