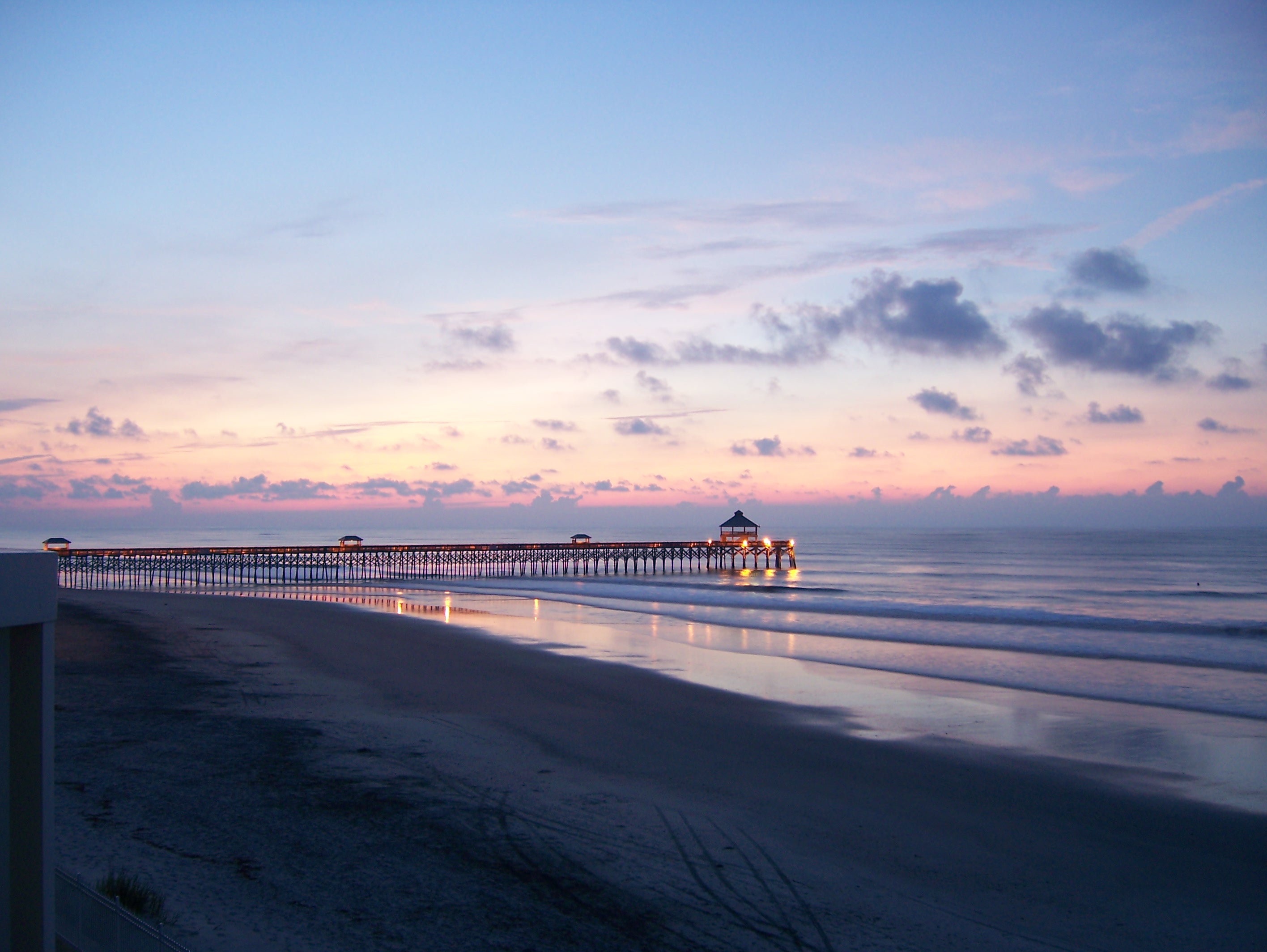 Early Folly Beach settlers, at sea for months, were overjoyed to spot a thick tree-lined coast.  Adopting the name from the Old English word for ‘a clump of trees’ or ‘thicket,’ they deemed the land Folly Beach.

Folly Beach is not the only reference provided to the land mass; in the 1700s, the area was referred to as, “Coffin Island.”  Ships, entering the Charleston Harbor, would drop off sick passengers inflicted with cholera, avoiding quarantine restrictions on the mainland.  Those eventually falling victim to the infliction were burned in coffins, inspiring the name.

The Bohickets, an Indian tribe of the 1600s, first inhabited the land, but forced out during conflict and the insurgence of European settlers.

Numerous occurring shipwrecks, perhaps providing a modern-day reference to ‘folly,’ were commonplace for Folly Beach.  In 1832, the ship, Amelia, left 120 passengers without means of transportation off the island.  Soon, the settlers experienced a cholera outbreak, and the mainland quickly cut off supplies of food and provisions, fearing the disease would eventually cause a catastrophic epidemic.

Citadel Cadets fired the first shots of the Civil War on Morris Beach.  Due to its close proximity to Folly Beach, the Union soldiers captured Morris Beach during the Civil War, on way to Charleston.

During the age of prohibition, Folly Beach hosted a flourishing bootlegging enterprise.

In the 1930s, Folly Beach hosted only 9 families, though production of the Atlantic Pavilion, Boardwalk, and Pier were taking place.  In addition, construction boomed with the hope of attracting added private residences, public utilities, and commercial enterprises.

The 1960, referred as the ‘golden years’ of Folly Beach, involved the development of 1700 feet of boardwalk, pier, kid rides, roller skating rink, concession stands, and shops.  Additionally, natives of the island caught sight of the first surfboard as well as the banishment of horseback riding and palm reading.

In 1989, Hurricane Hugo ravaged the surrounding coastal communities of Folly Beach, tearing into the seaside land.  However, natives proud and resilient, rallied together to recover from the damage.

Most people get Folly Beach vacation rentals to enjoy the beaches; however the history offers a fascinating story of its own.  Friendly and less formal are sentiments used to describe modern-day Folly Beach vacations and nightlife.  Contrasting from overly ritzy extravagances, the Folly Beach crowd is accepting of those in sandals and a Hawaiian shirt, attracting goers who rather experience a good time than high-end attitudes and prices.

The eastern coast offers a number of relaxing and beautiful vacation spots.  However, those venturing to Folly Beach find the accommodations, activities, and opportunity for relaxation too good to leave.  Rich in history, stemming from its humble beginnings as ‘Coffin Island,’ and hosting fewer than 10 families at one point, the destination has evolved into a popular and recurring vacation spot or place to call ‘home.’

Marcus Anderson is a passionate traveler and writer of many years. You can find his entertaining articles mostly on travel and tourism websites.

The Amazing Honolulu, Hawaii
Attractions you can visit in Fort Scott Kansas