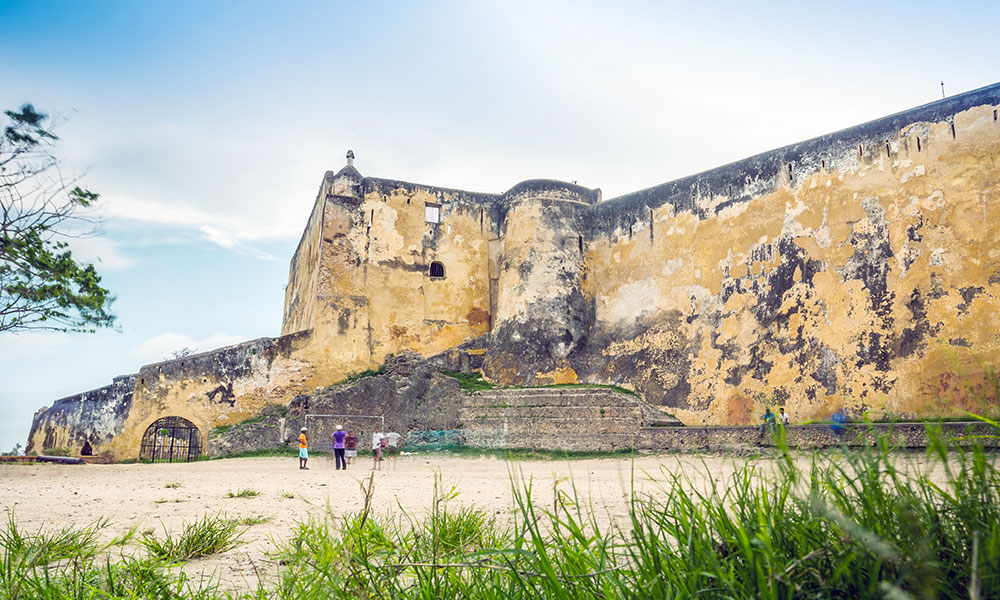 From being the origin of the former U.S. President (Barrack Obama), the home and burial ground of the Scouting Founder (Baden Powell), the home of Blessed Irene Stefani ‘Nyaatha’, and home to one of the Nobel Laureate (Wangari Maathai), Kenya’s history runs deep not only for herself but also for some key figures in the world. Kenya also boasts of having some of the highest gold medalists in the World’s Olympics, the biggest natural phenomena in the world (the Wildebeest Migration), and warm beaches throughout the year.

For the above, and other reasons, several historical sites were erected and preserved to commemorate the different significant historical events. Whether you are a historian seeking to have a little grasp of the past that is responsible for the current status quo or you are excited about seeing magnificent places, here are some historical sites that you must visit.

The Scouting and Girl Guide Movements are popular across the globe. The Founding Father of the Scouting Movement, British-born Robert Stephenson Smyth Baden Powell spent his last days in Kenya and was buried in Nyeri, Central Kenya. He is honored for his Scouting Service with a historical site named after him – Baden Powell Historical Gardens -. The site has an Information Centre, his (and other people) burial ground, and a Girl Guide’s canteen.

A few meters from the Information Centre is a small gate with a Scout’s Promise on the left pillar and the Girl Guide’s Promise on the right pillar. Beyond this gate is the burial ground for Lord Baden Powell, as well as 30-40 other people. The grounds are well manicured, and as you walk along the graves, a solemn air seems to engulf you even in the sunny Nyeri weather. Outside of this site, less than 100m on the main road, is a high ground from which Mt. Kenya in all her glory can be seen at the Eastern Horizon; such a spectacular view on a clear, sunny day. If you visit Nyeri during the months of July and August, chances are you won’t see Mt. Kenya as this region is usually covered in thick fog due to the extremely low temperatures around this time.

A lot of good and bad in Kenya (among other countries that had the interference of outsiders) is blamed on the first and consequent colonization efforts by outsiders. The coastal town of Mombasa boasts of the most strategic water port in East Africa. As such, it was the first point that the Portuguese and the consequent colonizers sought to control.

Fort Jesus was constructed by the Portuguese. Throughout several exchanges of hands, The Fort has remained relatively sturdy as well as magnificent. Thanks to the proactive protection and management system by the National Museums and Heritage in Kenya, the surrounding environment has not been tampered with the usual ‘development’ initiatives. As you walk in the compound and through the different ‘rooms’ you can’t help but feel like you stepped into another world altogether. And lest I forget, the view of the vast ocean before your eyes makes you understand why this Fort was such a coveted location and structure; the view is breathtaking and you can see so far out into the ocean.

Maasai Mara is not a historical site but the park, the animals, and, most importantly, the Wildebeest Migration are certainly something you want to witness; telling you about it does not do the magic of watching it justice.

Between July and October, an insanely large number of wildebeests and a few other animal species, are triggered to make the dangerous Mara River crossing. On a normal day, the surface of this river is calm; hiding the danger that lies beneath – the crocodile and killer hippos in some sections of the river. The Wildebeest Migration, a mind-boggling phenomenon from Kenya to Tanzania, is witnessed by people from all over the world. As if drawn by a force they cannot control, these animals flood into the river oblivious (or maybe the sense it) of the fatal outcome that would be unleashed by the killer crocodiles; some animals cross safely to the other side of the river but others are not so lucky. A few minutes before this spectacle begins, you heart races and your eyes bulge as you anticipate the next few hours; you are almost tempted to save the animals, if they could hear you, and tell them to go back. Unfortunately, nature must take its course and the animals have to go to the other side of Serengeti for greener pastures; besides, they already live in a dangerous environment where predators are all over.

Managed by the National Museums of Kenya, Gede ruins is a key archeological site. The abandoned ruins, hidden in a forest, are in the Coastal belt of Kenya and from some of the archeological reports, are proof of a rich era of the Swahili people who lived there. The ruins’ fresh air and the cool breeze that soothes your skin are uncharacteristic of the usual heat and humidity that characterizes the coastal town; makes you desire to stay in these ruins for longer than you had planned. As you walk around, you will be tempted to ask why the residents left this beautiful place in the first place. Do not worry, you are not the only one wondering that; speculations by some of the researchers say that invasion of the residents by the Somali Gala people, and an in increasing difficulty in accessing fresh water made the residents abandon their safe haven.

There are more historical sites in Kenya than named above; visit Kenya anytime and you will be glad you did.

“You are most welcome” in Swahili we say “Karibu Sana”

I am Jack(ette) of many trades with a core Philosophy:  “Life to the Fullest for Everyone”. I travel for many reasons including work and personal pleasure. I love it, which is why I share my experiences. With my Sociological and Psychological background, I also engage in humanitarian work; my heart reaches out to people; whether in groups or individually. You can say I am passionate about building the capacity of others to develop personally, financially, mentally, and socially.

5 Most Sacred Spots on Earth You Should Visit Once