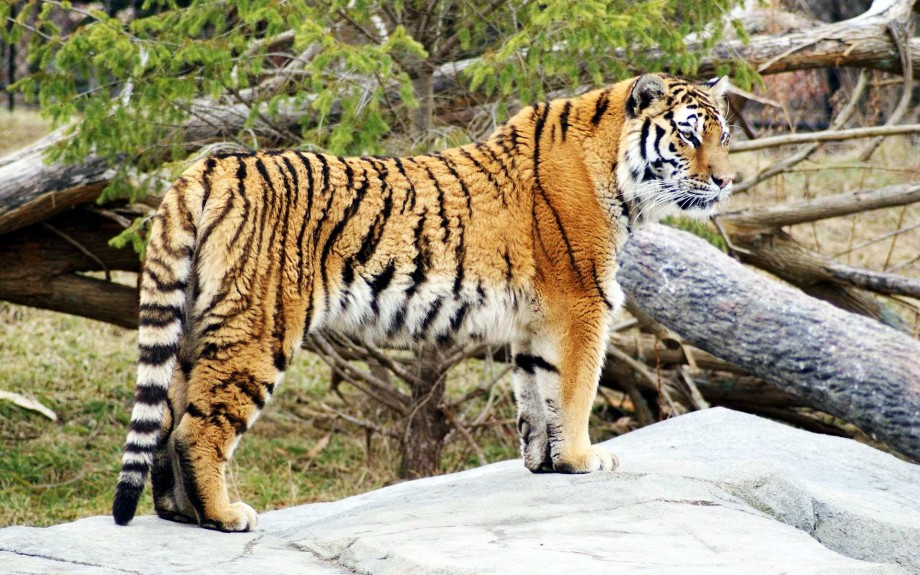 The multifariousness not just exists in the culture, tradition and religious groups, but the contrasts in the geography have blessed India to house enormous variety of habitats supporting a rich diversity of plants and animals. The dense jungles of India buzz with the activities of about 500 species of mammals, 1300 bird species and more than hundred species of amphibian and reptile. Varying altitude, topography and climate has enriched India’s wildlife more typically than any other regions.

Snow Leopard of the inaccessible Himalayas to the crocodiles dwelling in the mangrove swamps of Sundarbans; huge tiger and rhinoceros of the thick jungles to the gazelles and bustards of the Thar Desert of northwestern India; the range of India wildlife is huge and diverse. However, the beautiful spectrum of Indian wildlife has been agitated by the activities of man for his own ‘selfish’ reasons. Some times in the name of development- excessive commercialization of natural habitats of wild animals and other times for own pleasure- hunting and fulfilling the demands of animal skins. The activities of men have brought many wild species at the verge of the extinction. The alarming situation captivated the attention of many naturalists and this being the reason that there are many Indian wildlife sanctuaries as well as national parks in which wild species peacefully dwell. Although, both national parks and sanctuaries are protected areas in the subcontinent, but the traditional utilization of natural resources such as grazing and gathering of other forest items are not allowed in the national parks. However, all these activities may be allowed in the sanctuaries, but they should not hinder the conservation.
Although, there are many wildlife and sanctuaries in India but here is a pick of few popular Indian wildlife sanctuaries and national parks.

South Indian National Park in the state of Karnataka, Bandipur National Park is a Tiger Reserve. It was established as a Tiger reserve in 1973. The Bandipur is recognized for several kinds of biomes, which sprawl over the area of 874 sq km. Wildlife enthusiasts around the globe are allured to visit and watch the activities of Indian elephants, gaurs, muggers, Indian rock pythons, dholes, muggers, sloth bears, four-horned antelopes and dholes. Besides, there are wide ranges of flora, which include Teak, Rosewood, Sandalwood, Indian-laurel, Kadam Tree, Indian gooseberry, Crape-Myrtle, axlewood, Golden Shower Tree and many more.

Kanha National Park is stretched over an area of 940 sq km in Mandla and Balaghat districts of Madhya Pradesh. It was formed as a Tiger reserve in the 1974 and now has a good population of Royal Bengal Tiger, Leopards, Sloth Bear, Barasingha and Indian wild dog. In addition, this national park is home to nocturnal animals such as fox, hyena, jungle cat, civets, porcupine, ratel or honey badger and hares.

Paying a visit to this national park might also visitors have a view of pythons, cobras, rat snakes, vipers, keelbacks, grass snakes, turtles and other amphibians.

This is a popular avifauna sanctuary and is a adobe of thousands of birds in winter season. Earlier known as Bharatpur Bird Sanctuary, but now named as Keoladeo National Park, is a grazing ground for village cattle. Wildlife lovers are captivated by the diverse variety present in the park, there are 366 bird species, 379 floral species, 50 species of fish, 13 species of snakes, 5 species of lizards, 7 amphibian species, 7 turtle species and several types of invertebrates. The richness can also be observed in the mammalian. Visitors can spot Blue Bull, feral cattle, spotted deer, sambhar, wild boar, porcupine, Mongoose, jackals, hyenas and many other mammals can be easily spotted.

The lustrous greenery of the Periyar protected area is rambling over an area of 925 sq km the districts of Idukki and Pathanamthitta in Kerala. In 1982, 350 sq km of the core zone was named as the Periyar National Park. The positioning of the protected area is set in the high Cardamom Hills and Pandalam Hills and is a reserve of Tigers and elephants. Wildlife enthusiasts are delighted to catch the glimpse Gaur, Sambar, Barking Deer, Leopards, Mongoose, Foxes, Dholes and many other wild animals. Periyar is also home for 320 species of birds, 45 species of reptile and many amphibians, fishes and insects.

Undoubtedly, the protected areas for wild animals have saved them by lending opportunities to dwell in the natural settings without being affected by various human activities. Even the Vedas, ancient Hindu scriptures have directives to safeguard the environment as well as all forms of life. Establishing forest reserves is mentioned in the manual statecraft-Arthasastra.

Inferences from the past as well as the present is more than enough to motivate us to pay heed on safeguarding wild animals for the future generation and also to maintain a balance in the ecological system. There is need to contribute one’s bit by paying visit to one of the many wildlife parks and sanctuaries that is the basic step in the conservation process.