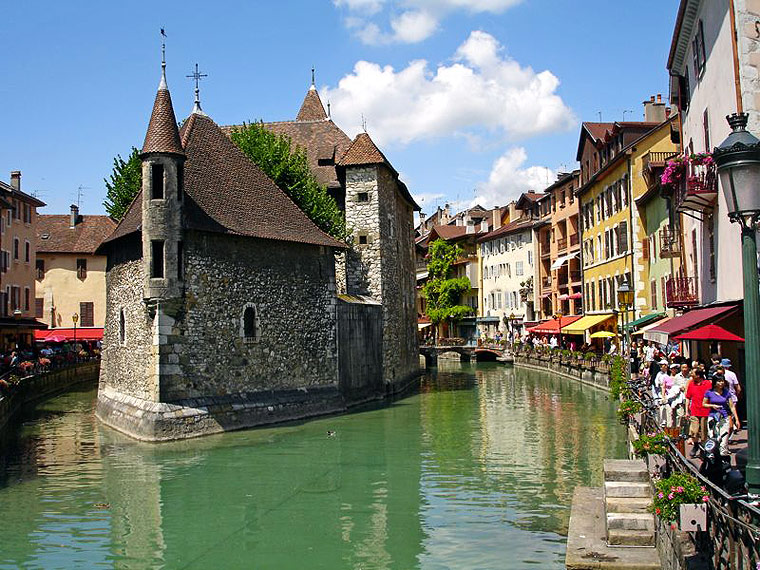 577
SHARES
FacebookTwitterSubscribeGoogle
WhatsappPinterest
[toc] Taking a Switzerland holiday is truly the stuff of dreams. Switzerland in Europe is a holiday and cultural destination that is certainly worth visiting at least once in your life.

The country of Switzerland is a federal republic. Switzerland has 26 cantons and borders with 5 other European countries. These being France, Germany, Austria, Liechtenstein and Italy.

Switzerland is influenced by these other countries throughout history. In fact there are 4 main official languages: German, French, Italian and Romanish.

The small country of Switzerland is located in the heart of Europe and is full of natural and quiet places. Divided between the Alps, the Swiss Plateau and the Jura, Switzerland has wonderful mountains, lakes, parks and rivers.

However it is not all about nature. In fact, there are also many castles, museums, monuments and ashes from the Middle Ages.

A Switzerland Holiday is a European Cultural Dream

You can travel through ancient cities or little villages and then end up in huge international cities like Zurich or Geneva. If you want to travel to this country the following list of must-see destinations and Swiss cities could be very useful when taking a Switzerland holiday.

Even if it is only the 4th most populated city, Bern has been the capital of Switzerland since 1848. The city is characterised by six kilometers of arcades, fountains, sandstone facades, historic towers and narrow streets. Moreover, the Swiss Government is based here.

The nightlife in Bern is active with clubs of various kinds; many of them are placed in buildings from nineteenth-century or medieval age. Since 1983 the old part of town has been declared as a UNESCO World Heritage.

Once here you can’t miss the Rose Garden, Bear Park (where a bear family lives) and the 101-metre-high cathedral tower. From the top of it you can enjoy a wonderful view of the old town.

This city is the unofficial capital of Switzerland; many people really think it is. In fact Zurich is the biggest city in the country and it has a metropolitan and multicultural flair. Zurich faces the homonymous lake and two rivers. It has many cultural events and a lively nightlife, with the highest density of clubs in all of Switzerland. The perfect place for a Switzerland holiday.

Zurich offers more than 100 art galleries, over 50 museums, international fashion labels and designers. Here you should walk around the art galleries, book shops and streets of the old town, then you shouldn’t miss the 11,000-square-metre Zurich Zoo and the Bahnhofstrasse, the street of banks full of high level fashion boutiques, cafes and more.

In the French speaking area of the country, Geneva is well known as the “capital of the Peace” to hosts the seat of UNO and headquarters of Red Cross. It is known to be the smallest metropolis in the world as well. The perfect place for a Switzerland holiday.

The town faces the famous lake of Geneva where you can take a nice trip on a cruise boat. A five minute cable car trip enables you to reach the Salève Mountain, at an altitude of 1,100m, from which you can enjoy a wonderful view of the entire city, the lake, Montblanc and the chain of Alps.

Once there you must see the symbol of the city, Jet d’eau – a 140 metre fountain on the lake. In the old centre of the city, must see sights include Saint Pierre Cathedral, built in the 13th century, the oldest square of Place du Bourg de Four and the street where Jean Jacques Rousseau born – the Grand-Rue. Moreover, the city is a real cultural centre, offering many activities of any kind from theatre to arts.

The Grand Théâtre hosts international artists all year around. Moreover Geneva is also popular for the watch industry, which is symbolised by the Horologe Fleuri in the English Garden.

As the second largest city in the country and capital of the French speaking canton Vaud, Lausanne has everything you could need or want to visit. The town is known for being the Olympic capital; in fact it has hosted the International Olympic Committee since 1914. The old town centre offers many boutiques, cafés, restaurants and clubs where you can have fun.

Moreover Lausanne is very famous for having the most wonderful Gothic style Cathedral all around Switzerland. Moreover it offers many opportunities to enjoy nature. The metro – the steepest all around the world – will bring you to the Geneva Lake. Just outside the city you can enjoy vast vineyards facing onto the lake. It is also possible to take a trip by the “Train des vignes” through Lavaux vineyards. The perfect place for a Switzerland holiday.

The city at the border between Switzerland, France and Germany crossed by the Rhine is well known as the cultural capital. In fact it is the oldest University City in Switzerland and has more than 40 museums, ancient libraries and many works from several international artists. One of these is the Tinguely Fountain in front of the Theatre.

The main event is the carnival when streets are lit by many colours and lights. In the centre you must visit Rathaus, the red municipality building built in 1504 in Gothic style and based in the centre of the Market Square (Marketplatz). Try the typical honey biscuits called Basler Läckerli and the colourful candy with hazelnut filling, Mässmögge.

Situated on Lake Lucerne, the city is surrounded by the Rigi, Pilatus and Stanserhorn mountains. An excursion up to the mountains is worth doing. Typically popular is the covered wooden medieval Chapel Bridge, considered as one of the oldest in all Europe. Here you can taste the traditional liqueur cherries called kirsch.

Lucerne is also a cultural city where it is possible to enjoy festival and cultural centers. The city is also popular for the Luzern Fasnacht, a colorful and wonderful carnival that takes place every February. Between all cultural events, the International Comics Festival takes place every April, the Blue Balls Festival of music every July and the Summer Night Festival every August. The perfect place for a Switzerland holiday.

The largest city in the Italian area, Lugano, is characterized by a Mediterranean flair. The city lies on the northern side of Lake Lugano and is surrounded by mountains (Monte Brè, 925m, and Monte San Salvatore, 912m). The architecture of the centre offers arcades and squares in a Mediterranean style. The perfect place for a Switzerland holiday.

Moreover you can visit the Belvedere Gardens faces on the lake. You should visit the church of Santa Maria degli Angioli built around 1500, San Lorenzo Cathedral with Lombardy Renaissance style’s facade and Baroque artefacts inside and the Ciani Park facing lake Ceresio with century old trees.

Bern: In the capital you can enjoy the works of the artist Paul Klee at the Zentrum Paul Klee. Moreover it is possible to visit the Albert Einstein House Museum, the History Museum, the Art Museum, the Swiss Alpine Museum and the Communication Museum of Bern.

Geneva: Here you can visit the Museum of the Red Cross to get to know the history of this important international humanitarian association and its most effective works.

Basel: In the cultural capital of Switzerland you can’t miss visiting at least one museum and there are more than 40 museums on offer. One of these is the Museum of Cultures.

Moreover you can visit the Foundation Beyeler, the Jean Tinguely Museum and the Basel Art Museum. Finally, if you like animals and flowers, visit the Zoological Gardens which contain around 600 animal species and many exotic plants.

Lausanne: In the second city of Switzerland, at least due to the size, you should not miss to visit the Olympic Museum, the Art Brut Museum and the Fondation de l’Hemirtage, which hosts wonderful arts works in a building from the XIX century.

Lugano: Here you can visit the popular Hesse Museum in Montagnola, a small museum for the writer Herman Hesse who lived in the south of Switzerland for many years.

Lucerne: In this city you can enjoy the Swiss Museum of Transport and the Culture and Convention Centre of Lucerne (KKL) which includes a concert auditorium, an art museum and a convention centre.

The ruins of Neu-Falkenstein castle: The castle was built in the XII century; nowadays it is possible to see what it is left after a fire that nearly destroyed it all.

The three castles of Bellinzona: Castel Grande is one of them. It was the first of the three to be built and the most ancient part that you can visit is from the 20th century. The Montebello Castle is the second of them and together with the other two created a wall to protect the ancient city.

Nowadays it is a history and archaeology museum. The last castle is called Sasso Corbaro Castle and it also contains a museum. All of them were declared UNESCO world heritage sites in 2000.

Grandson Castle: Close to the Neuchâtel Lake, it was built to be a medieval fortress. In fact it is possible to visit the torture chambers and prisons and have a walk along the 150 meters of the “Chemin de ronde” from the fifteenth century.

Nowadays it hosts a history museum and a car museum that features also the Rolls-Royce ‘Phantom’ Greta Garbo or Austin “Cambridge Saloon” used by Winston Churchill.

Natural Places to See in Switzerland

Vallemaggia: In the Italian area of the country you can immerse yourself in this amazing, magical valley. Here you can combine nature, culture and taste. In fact, beside wonderful landscapes and tranquillity, you can sample wonderful foods like the typical “grottos”.

Illgraben Bhutanbrücke: In the French part of the country you can visit this particular valley characterised by a pale yellow and reddish rock basin, formed by the erosion of the mountain. Here you can go trekking on the Grabenrad or on the Illhorn (2,716 m).

The Rhine Falls: In the German area of the country – the biggest of three – you can visit the Rhinefall; the largest waterfall in Europe. They were formed in the last ice age around 14,000-17,000 years ago.

Moreover, once you’ve visited the falls you can see also Schaffhausen, a little village very close to the waterfall situated in the northernmost corner of Switzerland. The town is located between the Black Forest and Lake Constance.

Surrounded by vineyards, the village was built in this position because of the Rhinefall waterfall. You can even take a cruise on the Rhine. Also take a look at the top 15 awesome waterfalls of the world.

Letizia is a digital marketing executive in London. She loves writing and travelling.