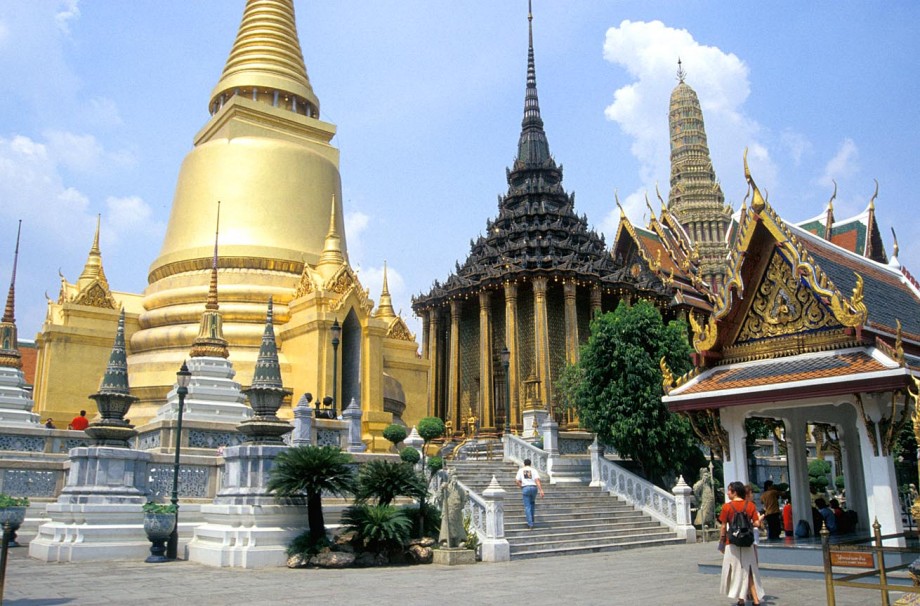 Thailand has become a huge hot-spot for tourists and travellers over the last decade. Its popularity is unquestionably brought on by Thailand’s unique mix of authentic South East Asian culture, colourful locals, spicy street food, beautiful climate and infamous nightlife.

Thailand has got it all –from the cool, green mountain tops of the Northern provinces to the sunny coasts of the Southern islands. You could visit there for a two week holiday and squeeze in activities as diverse as trekking through thick jungles to visit hidden waterfalls, swim and snorkelling through crystal-clear waters and visiting larger than life temples and palaces.

If you’re planning a trip to Thailand, then you should really try and fit in as much as possible!

Depending on your taste, you may not want to spend more than just a few days in Bangkok. But one of the things you must do while you’re there is visit the spectacular Grand Palace – undoubtedly the city’s greatest landmark. It’s situated right in the heart of the city. It was built in 1782 and was home to the Thai King, the Royal court and the administrative government for 150 years. Enormous in size and stature and dazzling to behold, it is a true testament to the Thais creativity and craftsmanship. The Grand Palace also houses the celebrated Emerald Buddha.

If you are planning a visit to the Grand Palace remember that it is also temple, and that there are strict guidelines on what can be worn in places of worship in Thailand. You must wear loose clothes that cover your shoulders and legs to below the knees.

You should take a trip up North to Chiang Mai where you can do elephant trekking, visit waterfalls and take one of the popular cooking classes. But one of the most worthy sights to see in Chiang Mai is the Wat Phra That Doi Suthep temple which clings to the side of Doi Suthep Mountain.

As far as legend goes, the King commissioned a group to climb the Doi Suthep with a sacred white elephant that was carrying a holy relic. The elephant went rogue and after three days of wandering, it was found stood over a vast level piece of ground where it did three full circles and then dropped down dead. A hole was then dug at the site for the holy relic, and is now where the fantastic temple stands.

Until a road was built in 1935, pilgrims had to trek up the mountain and then up a further 200 steps to reach the temple site. Fortunately, now there is even a cable-cart to carry those who are keen to see the temple, but less enthusiastic about the climb.

As the former royal capital city, Ayuthaya is a city bursting with history. Founded c. 1350, it was the Siam capital until the 18th century when it was destroyed during the sacking of the Burmese. Abandoned, it is characterised by the ruins of towers and gigantic monasteries that indicate that Ayuthaya was one of Indo-China’s most prosperous cities.

Situated just 76 kilometres north of Bangkok, Ayuthaya is relatively easy to get to, and well worth the visit.

The inspiration for Alex Garland’s novel ‘The Beach’, Ang Thong Marine Park is as heavenly as it looks in the pictures. The perfect mix of green jungle, white sand and clear water, it is one of the most beautiful places in the world.

The National Park is made up of 42 islands, comprising of lime stone massifs, tropical rainforests and deserted beaches. Unlike the other islands in the area, the Ang Thong islands soar up hundred of metres high out of the water like huge walls. And due to the years of erosion, this has left many obscure and comical looking rock formations.

This is the place to go if you want to trek through tropical rainforests. If you manage to reach the highest peaks, you will witness the most spectacular views across the National Park. Gaze at tropical fish while you snorkel the clear waters, or discover hidden caves by canoe.

The recommended visiting dates are between March and October when visibility is at its best.

While this may not be everyone’s cup of tea – if you’re young and you’re looking to have some fun, then make sure you head to Haad Rin on Ko Phangnan for the infamous Full Moon Party. Every month over 30,000 Thais and travellers make a pilgrimage to the island to be a part of what is now the world’s most famous one-night event.

The beach becomes filled with young people covered in body paint, moving to loud music and watching the spectacle that is the fire dancers. And nobody stops until the sun comes up.

Nobody exactly knows the origins of the Full Moon Party – some say that it was a group of travellers celebrating their friends birthday, others say the owners of the Sunrise Bungalow (a cluster of bungalows right on Haad Rin beach) used to host a small gathering to honour the beauty of the Full Moon.

The curiosity that surrounds the birth of the Full Moon legacy definitely adds to its mystique and attraction. And if you want to know for yourself, then you’ll have to go to Ko Phangnan and chat to a local!

As one of the most eccentric and hospitable countries in the world…and with everything it has to offer…how can you resist Thailand’s charm?

Steph McLean works at Lenstore.co.uk, an ecommerce retailer that sells contact lenses in the UK. Steph loves to travel and explore new places and cultures.

Vacations in the kingdom of pristine beaches and stunning islands – Thailand