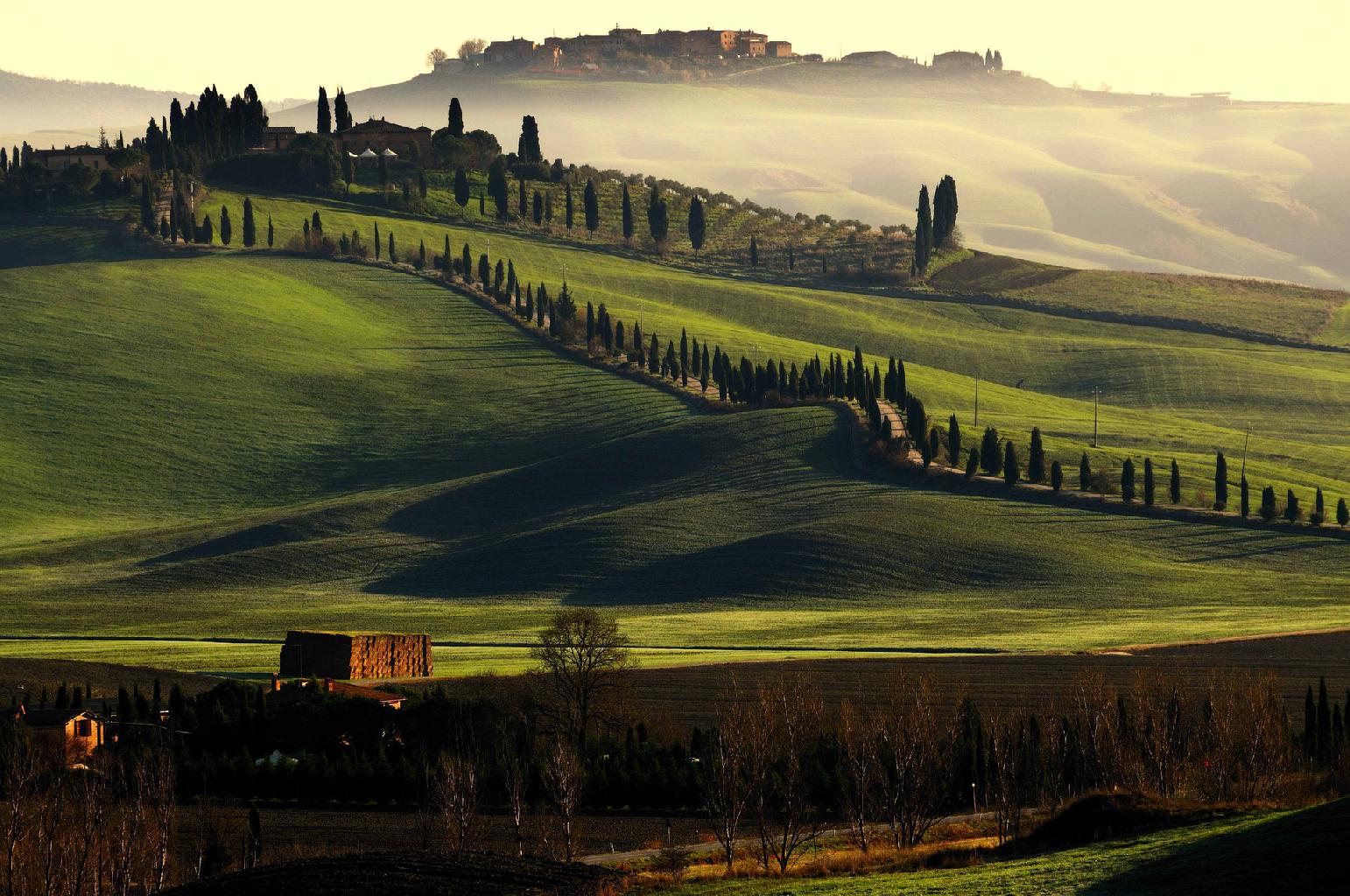 Tuscany provides its visitors with a bewildering choice of excursions that are worth exploring, or rather experiencing.  However, if you are short on time and want to explore the top spots of southern Tuscany, you’ve come to the right page.

Here are 10 places you must visit during your trip to southern Tuscany:

1) Val di Chiana – Home to the picturesque city of Arezzo and some popular hilltop towns including Cortona, Montepulciano, Chianciano Terme and Chiusi, the area of Val di Chaina provide travelers with some of the most breathtaking views and vistas of Italy.

2) Crete Senesi – Bestowed with some of the most beautiful landscapes of Tuscany, Crete Senesi is another hot spot of southern Germany. Some of the most visited towns in this region are Asciano, Buonconvento, San Giovanni d’Asso, Trequanda and Rapolano Terme. The region is also famous for truffles, thermal baths, art sights (like Jean-Paul Philippe’s Site Transitoire), and the beautiful Abbey of Monte Oliveto Maggiore.

3) Valdorcia – Known as the green heart of Southern Tuscany, Valdorcia is a place with picture-perfect landscapes. The hilltowns ( Montalcino, Pienza, San Quirico d’Orcia, Bagni San Filippo, and Castiglion d’Orcia),  the abbey of Sant’Antimo renowned for the Gregorian chants, wines, and beautiful castles and mills are the major highlights of the region.

4) Siena – This Tuscan city is such a beautiful place that most of the travelers regard their visit to this place as a journey of the lifetime. It is also very popular for the Palio di Siena, a horse race that is held twice every year on July 2 and August 16, and ricciarelli and panforte – the most traditional Christmas sweets in Tuscany. The immediate surroundings of the city too are worth exploring.

5) Val di Merse – There are several powerful reasons why this area of the province of Siena deserves a separate mention of own. It is home to secluded villages, striking lush green forests, beautiful rivers, the majestic Abbey of San Galgano, cradle of the Arthurian legends and to the original sword in the stone. This wildest area of Siena is a paradise for adventure travelers who enjoy horseback riding, hiking and cycling. If you visit the area in summer, don’t forget to visit the Opera at the abbey.

6) Chianti – The most famous region of Tuscany, Chianti attracts numerous travelers from all across the world with its top-quality wine, charming tiny villages (Greve, Gaiole, Radda to name a few) and fairytale castles (such as Meleto, Brolio and more). The area covers parts of three Tuscan provinces – Siena, Florence and Pisa; and the most popular part of the region, which is called Chianti Classico, is situated between Siena and Florence.

7) Casentino – The entire region is mountainous, mostly covered with trees. It also boasts of some popular hermitages such as Eremo di Camaldoli and Saint Francis’ La Verna, pievi, castles, and medieval age towns such as Poppi. The beautiful wilderness of the region is kept intact since the middle ages; this forest is a part of a large nature park today.

8) Monte Amiata – The highest peak in Tuscany, Monte Amiata, is quite different from all other places covered above. Some major attractions of the place include chestnut tree woods, mountain villages and towns such as Arcidosso, Santa Fiora, Castel del Piano, Castiglion d’Orcia, and the wonderful abbey town of Abbadia San Salvadore.

9) Maremma – It is home to some of the Italy’s finest beaches. And this is official! With its pristine and spectacular coastline, beautiful coastal towns like Castiglione della Pescaia and Talamone, hi-end beach areas such as Argentario, a large nature park (Parco naturale della Maremma), several Etruscan archaeological sites, native Morellino di Scansano wine, Maremma never fails to attract its visitors.

10) Area del Tufo – Home to the pretty towns of Pitigliano, Manciano, Magliano, Sovana, Sorano and some famous thermal spas of Saturnia, Area del Tufo – the heart of the ancient Etruscan empire, is a perfect delight for travelers who loves exploring archaeological sites.

To explore all these places in budget, stay in one of the Tuscany apartments (Ferienwohnungen Toscana in German) that is quite near to your taste of sights.

This post is written by a Jennifer Tuscan local. She also works as a travel writer for a magazine. She often recommends travelers to choose Tuscany apartments (Ferienwohnungen Toscana in German) for their accommodation in the country.