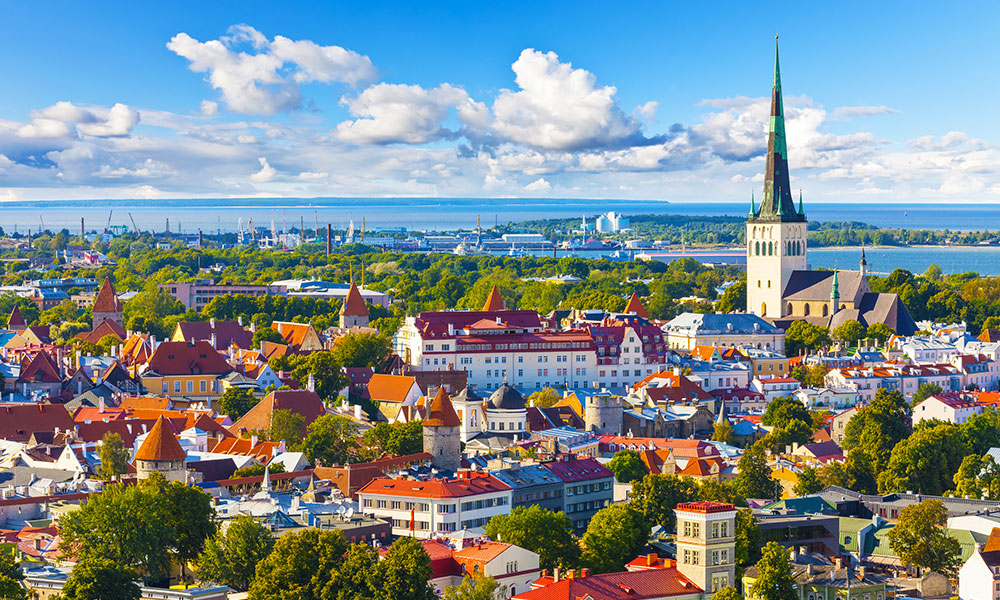 Bordering Finland, Latvia and Russia lies a country awaiting to welcome just under three million worldwide tourists a year.  The numbers are vastly increasing as more and more tourists flock together to experience the wonders of one of the best preserved areas of untouched nature in Europe.  1. The legends

Among many tales told of the past, the legend of the Ülemiste Elder (‘Ülemiste Vanake’) is perhaps one of the most commonly widespread amongst the older generation of the people of Estonia.

Many, many years ago, wife of the great King Kalev, Linda, was said to have been utterly distraught at the death of her husband, for the pair had loved each other so dearly that such a loss was inevitable to bring pure sorrow to either’s heart. And so, of the boulders Linda was to carry to Kalev’s grave at Toompea, one tumbled and fell. She sat on the boulder and cried, thus creating the lake now known to be Lake Ülemiste; home of the Ülemiste Elder who then sought to flood the city of Tallinn in order to regain his views of the sea. Asking Linda if he was permitted to unleash the waters of the lake, Linda replied: “You can do it, yes, but only when Tallinn will be fully prepared,” as the lake she wished to remain in memory of her husband. The old man, not understanding Linda’s guile, is waiting till this very day for when Tallinn can be brought under depth of the water. From time to time it is said he pulls out and asks some of the goers, “Is the city ready?” for it is now said that Tallinn will never be ready: when one structure is finished, another has commenced…

Of course many other tales exist, such as The Devil’s Wedding, The Legend of the Oleviste Church and Old Thomas (‘Vana Toomas’), whose reconstructions have stood atop the spire of Tallinn Town Hall since 1530. Through all these fascinating stories passed from generation to the next ones down, many is still yet to be discovered about the capital city of Estonia, and the opportunity is not missed through various ghost tours present and operating in the city, giving a lasting legacy of thought for the mind.

With a variety of hiking trails exceeding 2000km in length, it is not only the beauties of nature which encompass a sense of desire to visit, but the beauty of the primeval views taking shelter under the very city of Tallinn. National parks and protected areas take up almost one fifth of Estonia’s territory, and are well worth a mention for wildlife lovers seeking to fit in a bit of adventure into their stay.

Almost 50% of its land covered in forests, and the air quite noticeably fresher, Estonia boasts over 2000 islands, with the avifauna of Estonia including a total of 339 species, of which five are rare, making it ideal for bird-watchers all over the world to gather in hopes of spotting spectacular glimpses of species, (the Steller’s Eider duck, Capercaillies, Woodpeckers, etc.) some otherwise rarely seen in other parts of Europe.

3. The Old Town of Tallinn

You are walking among the cobblestone leading up to what is said to be the most beautiful and attractive of city centres in the Baltic region. The gentle aroma of roasted sugar almonds leave noticeable trace in their wake as you make your way past a wooden cart stand with vision of a person resembling that of a middle-aged character of the fifteenth century. In fact, as you take a glimpse at the wonders which surround you, you can see remnants of the past in each and every corner of this historic centre, filling you with a surge of mysticism, inspiration, and faint reminiscence of the many years of legacy held within these walls.

At the heart of Estonia lies the Old Town of Tallinn, with Old Thomas overlooking the tops of the city heads. It’s not often the bustling of nearby restaurants which draw in tourists from all over, but rather the medieval charm of what has been internationally recognised as one of the many various UNESCO World Heritage sites.

The historic centre, thought to have been established in the 13th century, is a well-preserved medieval Northern European trading city on the coast of the Baltic Sea.

Estonia can’t get any better than experiencing the wonders of a modern day 13th century town. Highly recommended by personal experience, the views from over the city tops of the Toompea are well worth the souvenir for intrigued memories of the future. In addition, don’t miss your chance to hire an hour’s worth of Segway riding, as it may overrule the option of walking, particularly during summer months (late May to mid-August) where temperatures can reach over 20°C.

4. The food, drinks and cuisine

Kohukes, Kamatahvel bars, Kefir and various other pleasant little treats found under trademarked brands of Kalev and Tere; Estonia offers pieces of exquisiteness from the range of foods available from kitchen and supermarket to forest and marketplace. Be it in surprisingly affordable restaurants or local supermarkets, both present opportunities to encounter foods of a different culture. Wherever you go, Estonia is guaranteed to offer a little something to everyone – and that’s not only food-wise. If you’re feeling rather inspired, a taste of Kohuke bars (a delicacy consisting of a cube of sweetened curd covered with chocolate glaze) are a must, and Kefir, although foreign to the sweet tooth of many, is the one to go if you’d like a taste of health benefits in the form of a sour yoghurt drink. Most popular foods are additionally available lactose-free.

Not to mention, Estonia’s capital balances a fantastic range of nightlife which will delight you with its diverse selection of bars and nightclubs to suit all tastes, making it the perfect opportunity to throw wild and light up the dance floor, though keeping a certain subtlety as to not interfere in the lives of the everyday citizen.

Yes, you heard it. Described as “an environment which inspires innovation,” Estonia is recognised for being the first in Europe to implement high speed 4G mobile broadband across most of its lands, meaning wherever you are, city or country, you are most likely guaranteed to be able to access the internet via a mobile device, in the very country which created Skype and established online voting among the people of Estonia, first introduced in the local elections of 2005.

Though distances are relatively short, the advantage of Wi-Fi makes it possible to leisurely think of your plans in the soft embrace of untouched nature, while always having the option of heading towards the city under a brief period of time. This way, you gain possibility in escaping the hustle and bustle of cities, all while enjoying the privileges of communication at your fingertips.